OVERNIGHT CLOSURES OF M9 AND M876 AT HILL BRIDGE 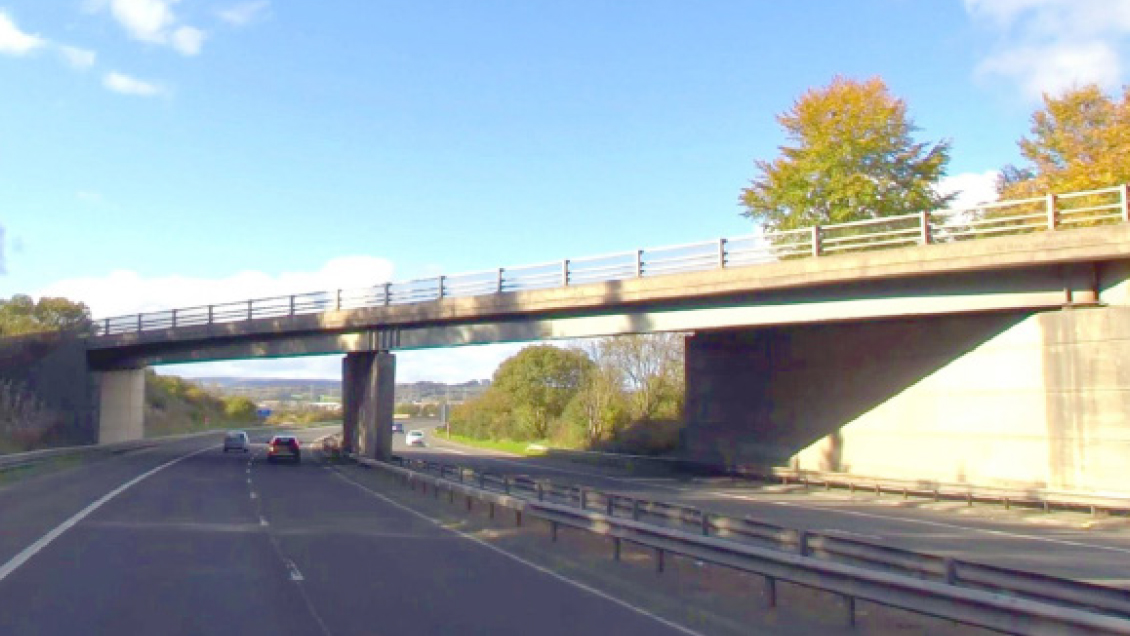 Overnight carriageway closures will be in place on the M9 on Monday 27 and Tuesday 28 June, and on the M876 on Wednesday 29 June, in the final stage of the major project to refurbish Hill Bridge, which carries the eastbound M876 over the M9 at Junction 8 Kinnaird.

The project to replace bearings and safety barriers on Hill Bridge has been ongoing since November 2021, requiring a series of overnight carriageway closures and lane and speed limit restrictions on the motorway below.

Two final carriageway closures on the M9 are now required to remove traffic management from the fast lane and reinstate road markings to their previous condition. After these closures, the southbound hard shoulder will remain closed for one week, after which all traffic management and speed limit restrictions will be removed permanently:

A final carriageway closure on the M876 is also required to remove a temporary safety barrier from the bridge:

Chris Tracey, BEAR Scotland’s South East Unit Bridges Manager, said: “The project to refurbish Hill Bridge is now reaching a conclusion and one final set of overnight carriageway closures is required on the M9 and M876. This is to allow us to carry out a number of essential tasks safely, including removing temporary road markings and concrete safety barriers.

“We thank motorists for the patience and understanding they have shown throughout this major project, which has ensured that this motorway structure will continue to provide safe and reliable service for years to come.”

Consultation has taken place with all relevant stakeholders including local authorities and Police Scotland in advance of these works to make them aware of the traffic management arrangements.