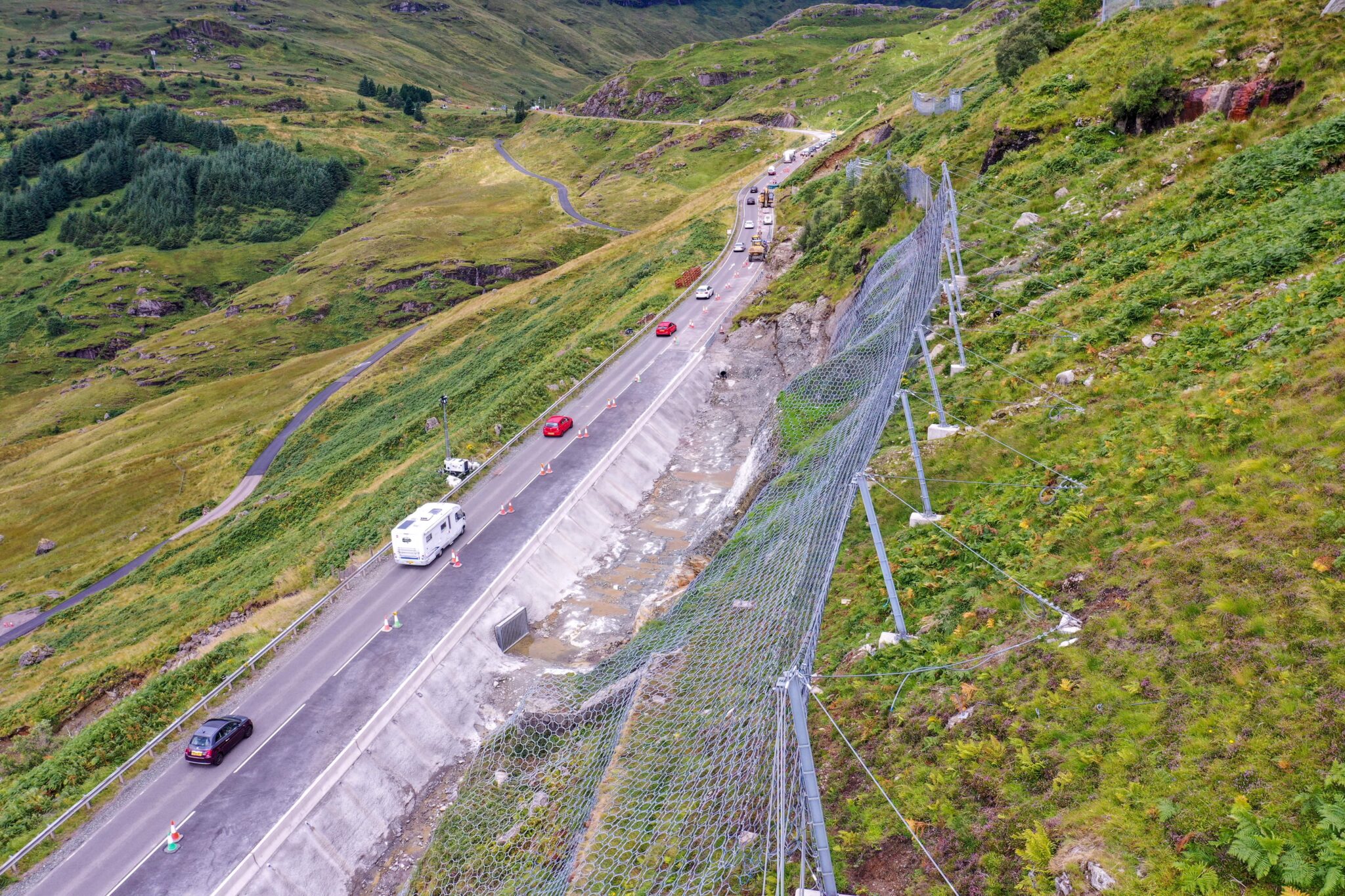 Construction of a new £1.1M catch-pit at the Rest and Be Thankful has been completed which will provide additional resilience to the A83.

The new catch-pit, which was completed last week, is approximately 120m long, around 12m wide and capable of holding around 4,500 tonnes of debris material from a potential landslip.

It is the fifth phase of catch-pit construction to be completed along the route, and joins onto the existing catch-pits in the area to create additional landslip defence next to the A83.

The catch pits are designed to ‘catch’ any debris material from a landslip and prevent it from reaching the road.

Together, the catch-pits have the potential to store a combined total of almost 20,000 tonnes of debris material from landslides in the area.

Construction of the recently completed catch-pit began in September last year following the initial clear-up of the major landslides in the area in 2020.  Teams worked to complete the project alongside teams that were focused on repairing the road and hillside following the landslips in the area.

Teams are continuing with further mitigation work in at the Rest, including work to strengthen the hillside above the A83 and development of the next catch-pit at the foot of the steep channel formed by major landslides in August and September last year.

“Improving the resilience of the A83 Rest and Be Thankful is one of our top priorities, so the completion of this additional catchpit is very welcome.

“The Scottish Government continues to treat the issue with the seriousness and urgency it deserves, as we look to implement measures to maintain connectivity on a short, medium and long term basis.

“On my recent visit to the site I heard first-hand accounts of the geo-technical challenges posed by this section of the road and would like to thank the staff at Transport Scotland and BEAR Scotland for their continued hard work on this vital project.”

“The completion of another catch-pit at the Rest and Be Thankful is another step forwards in strengthening the landslide mitigation measures for the A83.

“Teams remain onsite continuing with further resilience measures in the area, including preparations to begin construction of the new permanent catch-pit beneath the steep channel carved out by landslips in 2020.

“As ever we thank the local community and motorists for their continued patience while we continue this important work to strengthen resilience on the A83.”