FORTH BRIDGES READY FOR WINTER WITH MAJOR WORKS COMPLETE 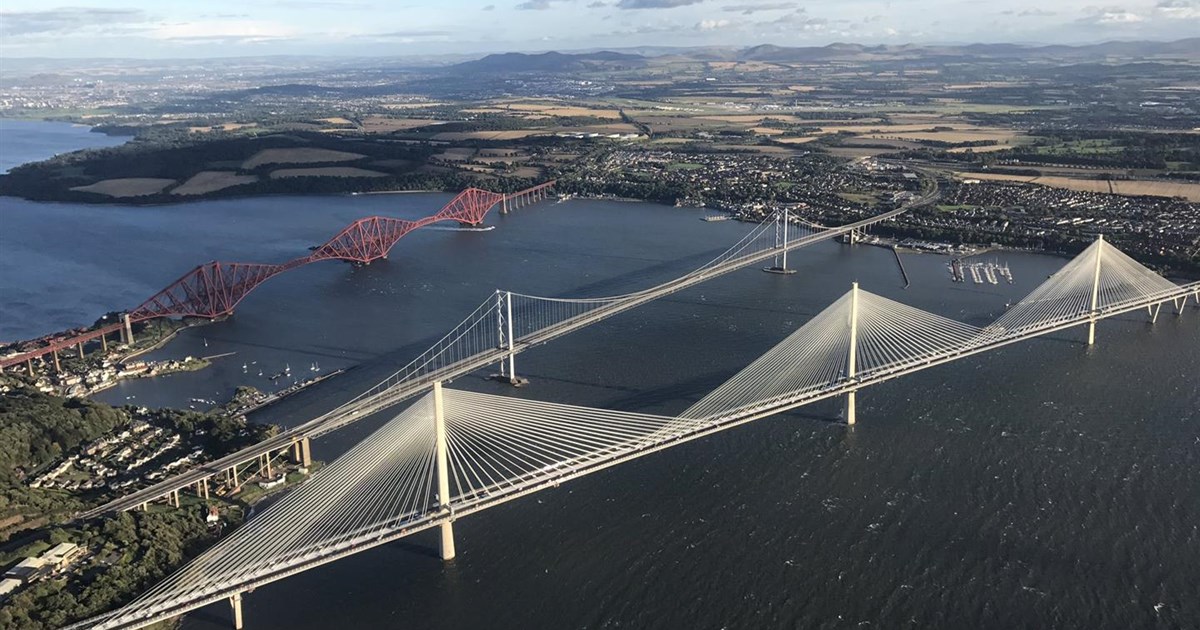 Major works on both the Forth Road Bridge and Queensferry Crossing have been completed on schedule, in advance of the winter season.

Work to replace the main expansion joints on the Forth Road Bridge was completed in October, marking the conclusion of one of the biggest maintenance projects in the bridge’s history.  The northbound carriageways of the bridge’s approach viaducts were then resurfaced under the same closure, with all traffic management being removed this week.

The public transport corridor over the Forth Road Bridge has remained open throughout these works via a contraflow on the southbound carriageway, however the completion of the project means that its full capacity will be available during the winter months, should it be required as a diversion route for motorway traffic.

Work to clean the cables on the north tower of the Queensferry Crossing is also now complete, meaning that engineers will be able to measure the difference this makes to the accretion of ice, if the weather conditions that cause this occur again this winter.

Chris Tracey, BEAR Scotland’s South East Unit Bridges Manager, said: “The main expansion joints in the Forth Road Bridge allow it to expand and contract in response to wind, temperature and traffic loading. They performed well since the bridge opened in 1964 but had reached the end of their service life after over 50 years of heavy use.

“Work on the southbound carriageway was completed last year and we learned a great deal from that process. Hidden issues were discovered once we took the joints apart, including details that differed from the original construction drawings.

“Armed with this knowledge we were able to pick up the pace on the northbound carriageway, and I’m pleased that the job has been completed on schedule before the start of winter.

“Our rope access teams have also done a great job completing the cleaning of the cables on the Queensferry Crossing’s north tower. This will allow us to measure what difference this makes to the formation of ice. As part of the project, a range of sensors and thermal cameras have been installed at the top of each tower.

“Tests are also scheduled in December at the Jules Verne Climatic Wind Tunnel, a major research facility in Nantes, France. This will allow us to recreate the conditions that cause ice accretion and test the impact of cleaning and of specialised coatings and deicing compounds on a full-size section of Queensferry Crossing cable and a mock-up of the towers.

“If ice accretion occurs again this winter we will still need to close the bridge, however the full capacity of the Forth Road Bridge will be available as a diversion route for any closure lasting more than a few hours.”

Testing at the Jules Verne Climatic Wind Tunnel was originally scheduled for late October, however has been postponed to December due to equipment breakdown at the research facility.