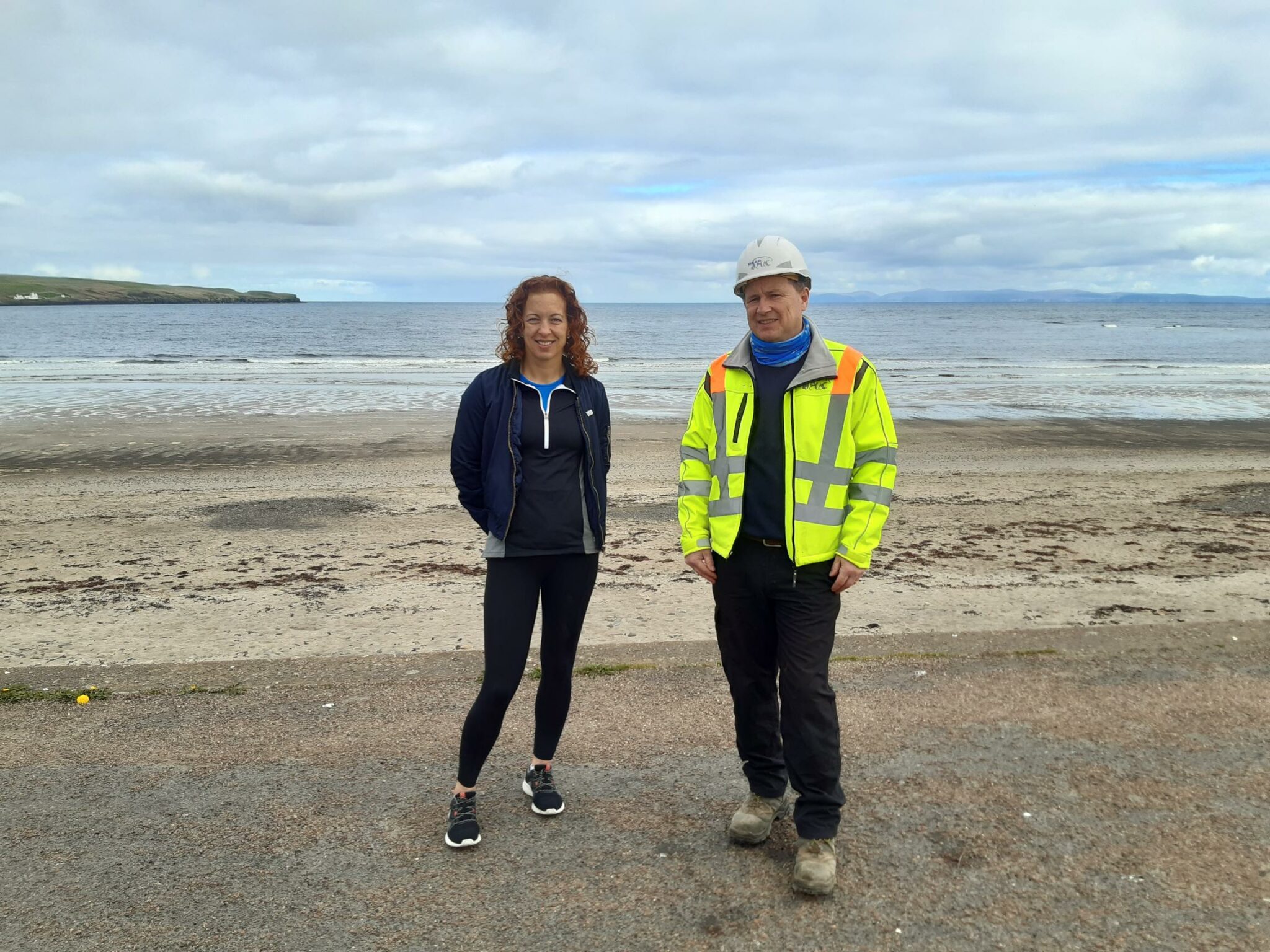 BEAR Scotland has donated £1,000 on behalf of all staff to Thurso based charity Caithness Broch Project, a charity dedicated to the promotion, preservation, and conservation of Caithness archaeology and heritage sites.

The Caithness Broch Project is the second cause this year to benefit from BEAR’s charity initiative which focuses on local and regional causes across the country.

The £1,000 donation will go towards the charity’s plan to help develop the region as a tourist destination. This includes plans to construct a broch, an Iron Age structure consisting of drystone towers. This would be the first broch built in Scotland in modern times.

BEAR Scotland Senior Environmental Adviser, Carolyn Gillen nominated Caithness Broch Project due to her interest in the broch construction and her admiration towards the support that the project would bring to the local community and economy.

Carolyn said: “I came across the Caithness Broch Project a few years ago on social media and thought it was a fantastic idea. I have always loved history and visiting historic sites, so I found the idea of building a broch in the present day fascinating. But as I looked into it further, I realised that the project is so much more ambitious than that – they want to create a major tourist attraction in Caithness that will provide long-term employment to the local community, a centre for training craftspeople in traditional building techniques, and an authentic experience of history that people won’t be able to find anywhere else.

“Caithness has more brochs than anywhere else in Scotland and I think it’s great that a main focus of the Caithness Broch Project is to support the local community and economy there. I have been really impressed with how much progress the Caithness Broch Project has made in the past few years and thought that the BEAR charity nomination was a great opportunity to provide further support as they move forward with their plan to build a broch.”

Recently Bryan Macleod, BEAR Scotland’s Dunbeath Depot Supervisor met Dawn Mackay, a member of the Caithness Broch Project to hear about the interesting work that they carry and to find out more about the construction of the broch.

Kenneth McElroy, Co-Founder of Caithness Broch Project said: “We were totally delighted to hear that we had been nominated for this £1,000 donation. It really means a lot to us, and is so affirming when this sort of good news comes out of the blue. We would just like to thank BEAR and Carolyn for all of this.

“This donation will go towards our aims of making our amazing archaeological ambitions come true. We’re aiming to construct a full-scale replica broch – the first broch to be constructed in Scotland for 2,000 years!”

Head over to the Caithness Broch Project website to find out more about the brilliant work being carried out in the region.