BEAR SCOTLAND RAISE OVER £18,500 FOR CASH FOR KIDS ON CHARITY GOLF DAY 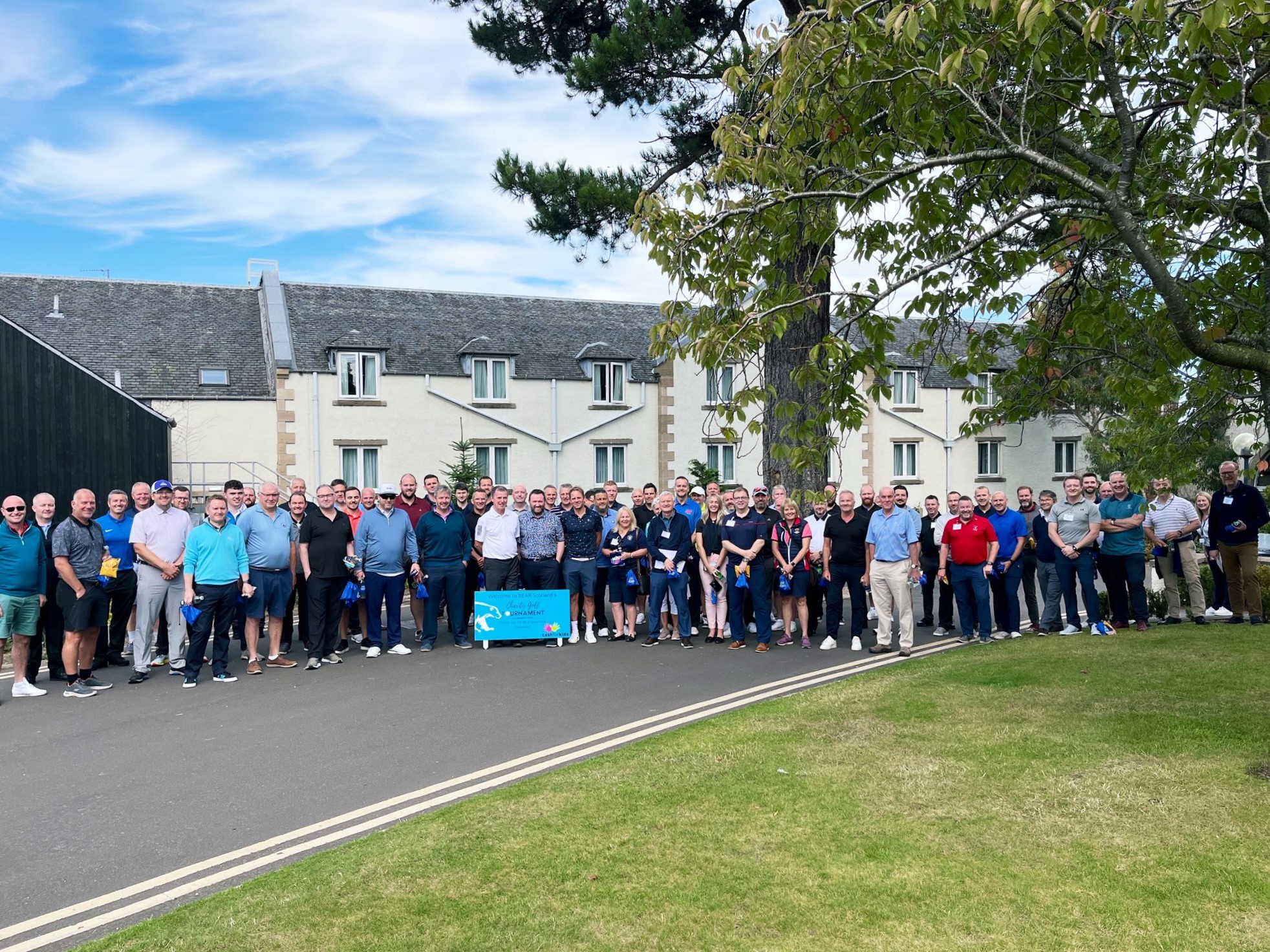 BEAR Scotland has raised over £18,500 for Cash for Kids as a number of its key suppliers and subcontractors took part in its annual Charity Golf Day at the Dalmahoy Country Club near Edinburgh.

The 4-ball shotgun tournament got underway on the country club’s West Course, with the 72 players competing for individual and team prizes. The golfers then enjoyed a meal, raffle draw and charity auction hosted by Bauer Media presenter and DJ Gavin Pearson.

There were fantastic prizes up for grabs including Fortnum and Mason hampers, an overnight stay with afternoon tea at the Trump Turnberry Hotel and four-balls at Gleneagles.

Iain Murray, BEAR Scotland managing director said: “We all had a great day at the Dalmahoy. Not only did we almost double the amount we raised last year for a charity that supports kids throughout the communities in which we operate, but we also got a chance to catch up with our business partners.

“The support provided by our suppliers and subcontractors was fundamental in helping raise the impressive amount we did.”

Victoria Hendry, Charity Manager at Cash for Kids said: “It’s incredible that BEAR has chosen to raise money for Cash for Kids. We are looking after children who are facing hardships, both them and their families. These hardships can be that they are living in poverty, or they have additional needs or disabilities.

“Particularly with the rise of living costs, we’re really seeing them struggle. The funds raised by BEAR Scotland will go a long way.”